I couldn’t have been more thrilled when I saw these on Facebook! I remember the day, many years ago, that this young woman and her mother first came to my office. They had a family vacation planned and this young woman was not going! NO WAY was she going to get on an airplane!

The mother went on to explain they knew exactly when her fear of flying began. I smiled and said “maybe, maybe not” (knowing that a problem created in the subconscious mind cannot be resolved with the conscious mind). Turns out it was not what they thought, but another situation that had been buried deep in her subconscious mind. We were able to heal it, literally freeing her from her debilitating fear and now here she is jumping out of an airplane and FLYING an airplane!

This significant life change changed EVERYTHING for Sarah! When we met she was a student at New York University (NYU.) Overcoming her "crippling fear of flying" (her words) allowed her to become "The Five Foot Traveler!"

The essential first step in overcoming a fear is you just decide to quit.

I have had to overcome a lot in this lifetime. I tried cognitive behavioral therapy and I still felt stuck.  Once I learned hypnosis, I knew that all I had to do was decide to just quit.  I know, that sounds so easy, but once you make that critical decision, everything changes! One you make that decision, you can begin to take action toward your dreams.

Many nervous flyers try virtual reality exposure - why?!?!?!?!? My approach is that we don't need to be re-traumatized in order to heal! Our sobconscious minds are so much more powerful than a machine.

When I worked with Sarah, it was a gentle process and, rather than working at the conscious level of the mind, we worked at the subconscious level.  With that, she was able to go from having a full blown panic attack to skydiving!

Now, I understand, you probably don't want to jump out of an airplane, bu what if, just "what if" you could overcome your fear?

Fear of flying/Fear of needles

There are million different fears - fear of flying and fear of needles are the most common I have dealt with over the years.

I have been blessed to have an enlightened pediatrician who has been sending her pediatric patients with fears to me for over a decade.

Rylee used to have to be held down by two adults while getting shots, as she kicked and screamed. After only a handful of sessions, here she is, ever so calmly getting her flu shot. In her mother's words: "Not to sound corny, but this was miracle level stuff!"

Being fearful is exhausting! Have you had enough? If not now, then when? It would be my utmost honor and thrill to help you break free from those stuck places so that you can let your light shine freely and feel freedom….TRUE FREEDOM.

"Stephanie was a key factor in my ability to move out of a debilitating pattern of daily panic attacks. I worked with her for three months, and since the beginning of that process I have been panic attack free. She is an empathetic listener and provided tools for me to use daily to stay on track." ~Kristen Vallejo

Are you ready to experience freedom from the past and embrace what’s possible? Click here for a free 20 minute consultation. 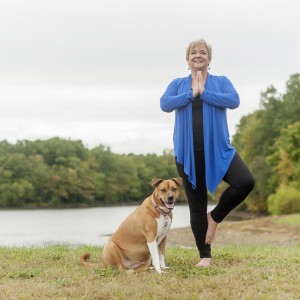 How You Can Change Your Life For The Better Are You Ready To Say Goodbye Anxiety?

Get Started Today With 5 Of The 35 Easy Techniques From My Book.

If you suffer from anxiety and you’ve tried “everything” and nothing has worked, I have five simple techniques that can help! They are all quick and easy and if you use them on a daily basis, you will feel better! Just enter your email address below and I will send you FIVE EASY WAYS TO CALM ANXIETY.

What Other's Are Saying...

I was having a really rough summer, which led to numbing anxiety and plain fear. I woke up in the middle of the night, unable to go back to sleep because my heart was pounding and it was hard to breathe. I had a lot on my plate, fun things, but was incapable of starting anything, so I turned to Stephanie for help. After just ONE session, things changed dramatically, and since then I have launched my program and am sleeping at night again. And the best thing of all, I get to do all the fun stuff!
https://stephaniedalfonzo.com/testimonials/overcoming-numbing-anxiety-and-fear/

My PTSD Is Gone

I had a serious car accident when I was 17 which landed me in the hospital and unable to walk or go to school for several months afterward. I had recurrent dreams and moments of reliving the crash for months. Fast forward 38 years, and I had another car accident a few weeks ago. I was shocked to find that same crash recurrence happening again, and creating a lot of anxiety when I drove. Knowing Stephanie's talents, I immediately contacted her and set up a session. What I loved is that she didn't go back and make me relive the crash again but knew that there might be a different cause for the PTSD. Sure enough, we discovered it and healed it. I can't tell you the difference since our session. Not once recurrence, and while I'm still a little nervous driving (which isn't a bad thing) I have the whole thing in perspective, and that out of the blue PTSD is gone! Thanks so much, Stephanie. Your gifts are amazing and appreciated!
https://stephaniedalfonzo.com/testimonials/my-ptsd-is-gone/

Success Is Exponential With Stephanie

If you are thinking that you don’t really need Stephanie . . . you’re wrong!!! I am here to tell you that you don’t even understand how much she can really help you. Success is exponential with Stephanie. I am now doing things in my business that I have wanted to do for years!! Thanks to Stephanie! The best way I can describe it in a “nutshell” is that she creates a safe space that allows you to release the old stuff that doesn’t serve you anymore. Then she helps you replace it with the things you want and the patterns and thoughts that help you get it. She has the expertise, experience, professionalism and drive to make her one of the best intuitive life coaches I have ever had! She has so many tools to use to help you succeed – from the unconscious to “nuts and bolts” – you’ll get it all. Then she has the methods to motivate and keep you on task. Most importantly for me is that she is intuitive so she can really tap into to what I personally need and want. She is worth the investment! I highly recommend her!!
https://stephaniedalfonzo.com/testimonials/success-is-exponential-with-stephanie/

Working with Stephanie has been life changing. She has helped me to release blockages that I didn’t even realize were holding me back from achieving the business success that I truly desire. After working with Stephanie for less than two months, the magic started to happen in my business. “Out of the blue” two ideal clients called me and I booked $20,000 worth of new business just like that! I have moved from anxiety and struggle to ease and faith. Thank you a million times over Stephanie. Your patience, guidance and unique talent have had a huge impact on my life and business.
https://stephaniedalfonzo.com/testimonials/booked-20000-worth-of-new-business/

I started to work with Stephanie when I thought I could not fit one more thing into my life. I am so happy to admit that I was wrong and I am so grateful that I got to work with a passionate, compassionate and enthusiastic woman such as Stephanie. I have started a new biz about bringing more peace and love into the world, I work as an artist and writer and you would think I had time for self-care. I kept forgetting me every day. Stephanie helped me to reintroduce myself to myself and find the time to just be and breathe and know that the answers do show up. Now I don't start the day with the world issues crashing down on me. I take the time to meditate, breathe, ask questions and give myself the most positive pep talks I can give myself. Working with Stephanie was like working with a dear friend who has all the answers, but her humanity and kindness really resonated with me. I can't thank Stephanie enough for her willingness to help me see my gifts and that I will not just walk thru my life; I will run thru it with my dreams intact and a really good pair of sneakers!
https://stephaniedalfonzo.com/testimonials/now-i-dont-start-the-day-with-the-world-issues-crashing-down-on-me/
0
0
Stephanie Dalfonzo
Menu
Facebook Youtube Linkedin Instagram Twitter